The police have arrested five suspects in connection with the murder of Abuakwa North MP J B Danquah. They are made up of two females and three males.

Confirming the murder to journalists at a press conference Tuesday, Public Relations Officer of the Accra Regional Police Command, ASP Efia Tenge said the Police received a distress call from the late MP’s Shiashie residence at around 1:25am.

“On arrival, police found the victim in a pool of blood, he was rushed to the police hospital but was pronounced dead on arrival,” she said.

The body is in the Police hospital morgue. According to the Police, Mr Danquah died from multiple stab wounds.

She said high-level police investigators are at the scene for crime scene reconstruction and gathering of forensic evidence.

The residence of the late MP has been cordoned off. The Police are asking the public to assist them with information that could lead the police to unravel the mystery behind Mr Danquah’s death. 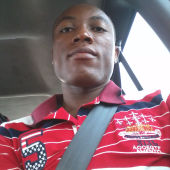 Know The Meaning Of Your Name: 35 Akan Names And Their Meaning