Chinese smartphone maker Xiaomi has announced its first drone, pricing it significantly lower than a comparable model by the market leader DJI.

The Mi Drone can stay airborne for nearly half an hour and will be sold with a choice of stabilised cameras.

The move gives Xiaomi the chance to target a fast-growing market, at a time when it has failed to meet its own sales targets.

One expert said the firm now had to win over potential buyers’ trust.

“The feature set between the Mi Drone and DJI’s Phantom 3 is almost identical – they can both be made to return home and circle around a point of interest – but Xiaomi’s product is so competitively priced you have to wonder if it can make much profit,” Engadget’s Chinese editor-in-chief Richard Lai told the BBC.

“So, the new drone will probably appeal to beginners. But experienced fliers want reliability and a brand with experience, and DJI has spent years refining its technology.

“It will take Xiaomi some time to prove itself as we still don’t know how reliable its drones are, the quality of its video footage or how well its software will work.”

Xiaomi vice president Hugo Barra said that drones were “typically a product for rich people”, but that his company wanted to sell them to a wider audience.

Xiaomi is pitching its four-propeller aircraft at consumers wanting to take aerial photos and videos.

Mr Barra said the built-in gimbal stabilised the Sony-made camera sensor at “up to 2,000 vibrations per second”, which he said was enough to avoid blur. 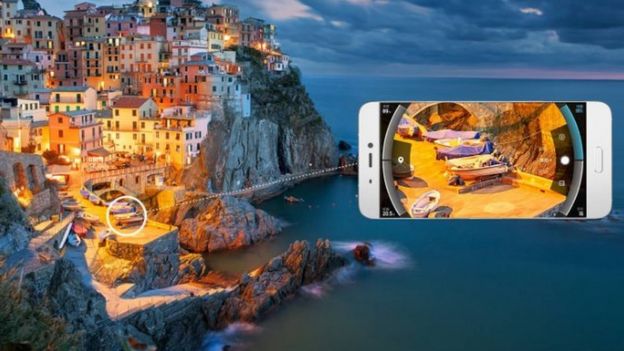 He added that it could stay airborne for up to 27 minutes using a 5,100 mAh battery.

That represents an extra two minutes of flight versus the Phantom 3, although DJI’s more expensive Phantom 4 can stay aloft for 28 minutes and go further.

Although the Mi Drone will be sold under Xiaomi’s brand, it was actually designed by Guangzhou Feimi Electronic Technology – a start-up that Xiaomi helped fund in 2014.

The company said it would start testing the product via an “open beta programme” involving the public in July, but has not said when the final product will go on sale, or whether it will be offered outside of China.

Xiaomi originally gave itself a sales target of 100 million smartphones for 2015, but managed to sell 71 million.

Figures for the first three months of 2016 indicate that it has recently been overtaken by two other Chinese phone manufacturers, Oppo and Vivo.

“Xiaomi’s core smartphone growth is slowing, so the company is expanding into new growth markets as diverse as fitness bands, rice cookers and now drones,” commented Neil Mawston from the consultancy Strategy Analytics.

However, he added, the global market for consumer drones would probably be limited to seven million units in 2016, meaning it was unlikely to become a big business for the firm in the near-future.

“I think there’s probably a limited use for most people having a drone in their daily life,” said another analyst, Tom Morrod from IHS Technology.

“They certainly are never going to match the smartphone sector, but they do have the potential to scale to something like DSLR camera sales.

“There are a lot of potential commercial applications for drones once regulators approve them.

“So, maybe there’s a longer-term play here. When Amazon, DHL and other package delivery firms start deploying drones they might come and buy them from Xiaomi.”

For its part, DJI said it welcomed the challenge.

“More competition will spur every company in this industry to improve its technology, and DJI will continue to strive to be the market leader,” said a spokeswoman.

Busted….NPP In Secret Meeting With EC To Rig The Election – NDC Alleges